two flings and a funeral 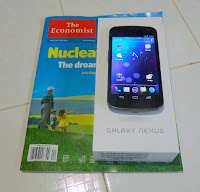 This morning I woke up to find one dead on the floor next to my bed.  A telephone, that is.  I can only assume it was a suicide or an accident.  Perhaps in the same category as Amy Dudley's death.

But things had not been going well for the telephone.  It had stopped talking to my new computer about a week ago.  (Jealousy, I suspected.)

And during the trip to China, it had decided to discharge its battery sporadically.  For no good reason.  And a mobile telephone without a battery is not very -- well, mobile.

It was not ever thus.  If you had asked me how long I had been using my HTC Touch Diamond (the deceased’s formal name), I would have guessed at least two years.

But I would have been wrong,  It has been just over a year.  I know that because I rhapsodized poetically (or prosaically) over my new relationship in close calls -- and that was January of 2011.

Dead is dead.  And I use a telephone down here not only for communication, but as my Bible reader, to track my finances, and to avoid missing appointments (like I did this week with no reminder).

There was no choice.  Off to Manzanillo I went.  The only place nearby where I could find the type of Android telephone I wanted.  My mother, my brother, and Garry Denness of The Mexile all have Samsung Galaxies.  And that was good enough for me.

The clerk showed me an iPhone, but there was no possibility of that purchase.  Like trying to sell a Chevrolet to a Ford man.  His next suggestion was a Galaxy Nexus.  Exactly what I wanted.  The full transaction in a semblance of Spanish.

I paid my money and headed home.

It was far more money than I had planned to spend.  For another $1,000 (MX), I could have bought a Chinese-made motorcycle at Walmart.  But I was happy with the trophy I had bagged.

When I checked my postal box in San Patricio, I discovered my subscription to The Economist finally caught up with me after nine months.  Well, it didn’t quite catch up with me.

I finally gave up on trying to get the address straightened out with the subscription department and bought an "introductory" subscription.  In the hope that starting anew would get a magazine in my hands.

It worked.  And I am now a very happy expatriate.  A new telephone.  And with my favorite magazine in hand.

Until I find one or the other expired on the patio.

You seem to have a love hate relationship with your
electronics. Perhaps you need to assess how you treat them?

My cheap Nokia died in less than a year from oxidation (rust) which nullified my warranty (warranty issues only in Manzanillo).   So I bought  a new one there but discovered ... if you buy a phone in Manzanillo you get a Manzanillo prefix which is LD from Melaque.    My old SIM card was good so I switched but guess I should have checked Coppel in Cihuatlan.

Woman and phones--is the comparitive based on learning the equipment part, how to program, or both are just plain complicated?

Women and phones...............it's all in the tough my friend.
or if you have a fat wallet, both will be complicated but accessible. Perhaps the not model you wish.
If I had as much problem with your electronics, seems to me you have been through 2 laptops, a few mice, couple of phones a camera or two, I would look for a place inland a tad.
Get a wall mural of the beach, and a few miles removed if you want your electronics to survive.
And bananas will last a few more days too.

Listen to Tancho. He, Felipe and I know what we're talking about.

I wonder if there is a 12-step program for electronic abuse?

My first telephone here was a PDA my brother brought down from The States with a SIM card (or SLIM card as I like to call it) I bought in town across from Dan's office.  Otherwise, I suspect I would have had the same problem with long distance calls.  A nice tip to remember when this telephone dies.  Next year.

I wonder if there is a 12-step program for electronic abuse?

I do believe this is one reason the original states required the addition of the Fifth Amendment to the Constitution.  And I would hate to disappoint them now.

I can only attribute one electronic death to the briny air -- my first laptop.  My prior two telephones died through periodic hurls to the  ground.

But your point about the joys of the highlands do not fall on deaf ears.  I may be up your way this summer for another visit.

The three of you offer sound advice.  And I do listen.

Beach air.  In time, it will eat everything.

Well, everything except my soul.  There is nothing more soothing than the sea.  Of course, the summer weather tends to balance it out.  Right now, it is practically perfect.

I love this line: "This morning I woke up to find one dead on the floor next to my bed."

I'd like to tout DF while we're at it. Perfect climate. So much to do. And tranquillity is overrated! :)

The Nexus. I'm jealous. And I've fallen behind in the tech race. My Galaxy S2 is heading to antiquity. But it's only half way through the contract, so I'll have it for some time yet. If all goes well, I'll probably have it for several years yet. Because it'll remain good enough. But I'll still yearn for that sexy new model in the shop window....

Mexico City has a lot to offer.  But I can feel the energy draining down my legs (at least that is what I think it is) whenever I visit.  But visit again I shall.

With my luck (and track record), I will have to buy the next new model merely to have a telephone.

And, hopefully, we'll yet have that coffee on the balcony of Holiday Inn.

here is my phone story, I bought a new cell phone here in Manzanillo but the battery died after less than a week so I put the new simcard back into my old, very old cell phone. My son tell me it is an antique as it is 8 years old. It had been working just fine but I wanted a "smart "phone, now I wait for a new battery! It has only been 5 weeks but who's counting! Well I am!!! Ah...... Mexico !

I just had a thought and yes I had to lie down to recover! Howard had a lot of problems with fungus in camera lenses and some electronics so he cut a hole in a wardrobe and installed a very low watt light bulb, put some wire shelving and that is where most of the camera stuff and electronics plus tools spend their off time

I guess I should feel fortunate.  Two days into my new telephone and all is well.

I may develop a new home for my electronics.  Right now they congregate around my bed at night.  Just waiting for the next electronic expiration.

I am rather fond of it myself.