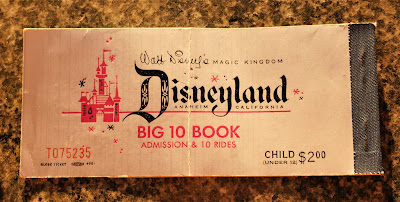 I have sunk in a sea of nostalgia.

When I moved to Mexico in early 2009, I had not yet sold my house in Salem. I had hoped that, with time, the housing market would increase and that I would be able to recover the money I had invested in the house. Instead, it turned into a money pit where I was going further into the red at almost $2,000 per month. So, I decided to put the house on the market.

That decision was well-timed. The house sold the first day on the market. With a rapid-set closing date, I had two weeks to sift through the life accretions of 60 years. It was not a task well-suited for the sentimental. And I was fine with that. I am not a sentimental guy.

I triaged my possessions into piles. The largest was destined for the shredder or the dump. The second largest went to Goodwill. I gave my art collection to my nephew and sold my piano to my good friend Pat Murray -- for her daughter and her grandson. (You met them when they visited me in Barra de Navidad.) A few items were stored with my Mom and brother in Bend -- for transport to my new house in Mexico.

The operation was brutal and efficient. I cannot think of anything I gave away that I now regret not having in Mexico.

My brother, mother, and I are now indulged in another task. We need to get her house on the market by 15 August. That now gives us 11 days to sift through almost a century of accumulated possessions.

Darrel and I were making great headway this morning until we hit a mother lode (so to speak) of personal nostalgia. You may have already guessed what caused the sorting to stop for a moment.

In 1955 (by one version; 1956 has its advocates), Darrel, Mom, and I accompanied my Dad's cousin and her two daughters to Disneyland. If it was 1955, it would have been the year the park opened. Either way, it was certainly a different world. The price for a BIG 10 BOOK was $2.00, and included tickets graded from A to the much-lauded E.

There is even one ticket left in the packet. That probably occurred when Mom left the two of us (then aged 4 and 6) on Tom Sawyer Island on our own. We were small-town folk. And what could have been a better place to spend a large part of day than a place that celebrated the Great American Myth of Youth? Both of us remember that as the best part of our visit to Disneyland.

Here is the rub. If we keep wandering down nostalgia lane, we are going to end up in a cul-de-sac with a house going on the market littered with strata of sentimentality. And, as hard as it is, we need to steel ourselves to the task we have been assigned.

Tomorrow, with hatchets in hand, we will hew our way through as much of our history as we can. Much of it will simply have to go.