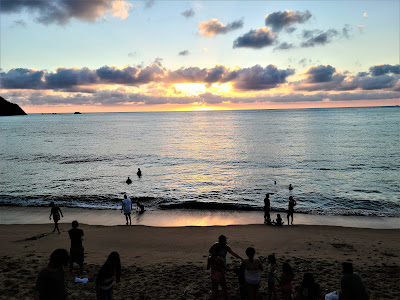 Without coincidences, life would be rather drab.

We have all had it happen to us.

We are sitting at a coffee shop talking with a visiting stranger, only to discover that he works with your favorite first cousin in a small town a thousand miles away. And when we tell the story, it is easy to believe. Assuming that, in an attempt to spice up the tale, the narrator does not claim the stranger then devoured the barista in one gulp and sped off in his interstellar spaceship, we believe it.

Why? Because events like that pepper our personal experiences. We believe those seemingly-incredible events for a simple reason. We have to believe it because the proof is right there in front of us. Just like O.J. Simpson's ill-fitting glove.

But one of life's little ironies is that what we find interesting as coincidence in on our own lives often comes off sounding contrived and non-credible when it is reduced to writing. Especially in fiction. Unless it is done well.

And no one does it better than Dostoevsky in The Brothers Karamazov. In the first three pages, by sheer coincidence, three of the novel's main characters share a third-class railroad carriage not knowing how that chance meeting will affect the three of them. In Dosteoevsky's hands, the meeting seems natural and inevitable because it feels like the type of coincidence we face in our own lives.

I am still a bit surprised when similar things happen to me. Two of them occurred recently on my return flight to Mexico a couple of weeks ago. While waiting for my flight, I struck up a conversation with a couple about my age sitting across from me in the Alaska lounge. They were on their way to their house in Mazatlan. It turned out they had bought a house I knew well from my blogger chum Nancy Dardarian (countdown to mexico).

The second occurred on the flight itself. For various reasons that say far more about my mood swings than about the circumstances of the flight, I had lost any interest in conversing with nearby passengers. I just wanted to be left alone.

The young woman sitting next to me noticed I was experimenting with my FitBit. (I was trying to figure out how to get enough steps to meet my daily goal on the flight.) That was opening enough. We chatted about a lot of topics. None of which were coincidental.

What was coincidental came a couple days later. I received a message from a reader in Manzanillo. She had just had Christmas dinner with a long-time friend and her daughter. Let me hand the keyboard over to her:

I was at a friend’s house for dinner and their daughter was regaling us with anecdotes about her flight down from LA and her fabulously entertaining row mate. His charcuterie board, his gifts of chocolate for the crew etc.

She said he lived in Barra and his name is Steve….

Thank you for making both her trip and our evening enjoyable.

All the best in the New Year

What my row mate did not know was that it was her grace that took me out of a black dog mood and turned me into the raconteur I like to believe I am. But the double connection was almost a moment out of Dostoevsky -- without the bothersome murder.

As coincidental as both stories are, the third one has stuck most with me. Near the end of the year, in it's beginning to look a lot like christmas, I mentioned a line from Edward Kleban's "Next Best Thing to Love." It has stuck with me since I first heard it at least thirty years ago. Even though the line was memorable to me, I used it simply to set the tone for celebrating Christmas in Mexico.

I thought that was the end of the reference. I was wrong.

A couple days later, I received an email from a new correspondent -- Linda Kline. She informed me that one of my readers in San Miguel de Allende had forwarded my essay to her.

Then, it hit me. Her name seemed familiar. And it was. She had co-written (along with Lonny Price) the book to "A Class Act" -- the musical remembrance of Ed Kleban's life that features "Next Best Thing to Love."

We have now exchanged several email reminiscing about the show. She even forwarded a draft version of the song sung by the composer.

I know there are people who believe that the internet is an impediment to relationships and maybe democracy. That if it is not the very the spawn of Satan it certainly has not lived up to the great expectations we had of it. (What in life has?)

But coincidences like my unexpected coincidental introduction to Linda probably never would have happened before the internet entered our lives. The chances of her seeing one of my essays before blogdom became a communication tool would have been almost zero. Well, maybe higher than that. We are talking about the power of coincidence, after all.

My three encounters reminded me of some lessons I learned from my mother and grandmother before entering school.

First, don't let circumstances get in your way of communicating with people you do not know. Bill Buckley was absolutely correct when he said: "99 out a hundred people are interesting. And the other one is interesting because he is different."

Second, allowing your worst side to run havoc because you think no one you know is watching you is a false hope. There will always be someone who will see you whenever the mask drops. And, if not, you will have to deal with the consequences on your own.

Third, life is full of coincidental encounters. Enjoy them for what they are. Anne Lamott has a label for them "Carbonated holiness." That is certainly something worth celebrating.

And I guess I have.

May your coincidental encounters be accompanied by life's grace notes.