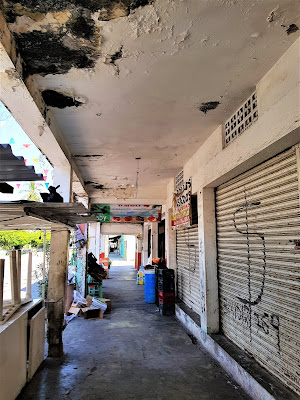 The name popped in a couple of times when I was researching where I should live in Mexico after I retired.

I had bought every book I could find with "retire" and "Mexico" in the title. One of the more clever authors had lived in the tiny village of Cuyutlán, and sang its phrases like a diva. Tranquil. Nostalgic. Soothing sea.

When I moved to Villa Obregon nine years ago, I was still auditioning places for my permanent home. So, I decided to drive down to Cuyutlán to see if the descriptors were true.

They were. And even less.

Let me give you a little context. I am not a big city guy. Even though I love such places as London, Paris, and New York. I doubt I could live in any of them for longer than a year.

Neither am I a person who is seduced by the tranquility of crickets chirping in hay fields. I live my life somewhere between those extremes.

And, nine years ago, Cuyutlán struck me as a cricket farm. It was a brusque judgment. It took me longer to drive there than I spent in town.

Six years ago, I took my friends Brian and Holden Sanders to Cuyutlán. I thought it would be something different for them. And I was willing to admit I could have been far too hasty in my first impression. After our visit, they agreed I was not.

America may be a land of second acts, but Mexico deserves consideration for third and fourth acts. So, on one of our free days, Robin and I decided to approach Cuyutlán with open eyes.

Robin was fascinated when I told him of Cuyutlán's two draws: the Green Wave tragedy of 1932 and the town's fame as a salt producer.

Let's take the Green Wave first. People who live in the area claim that giant waves will form offshore to a height of 20 or 30 or 50 feet -- depending on the naivete level of the listener -- that will then crash down on the beach. It is true that surfers will often find 15 foot waves for their craft.

But that was not true of the night of 22 June 1932. In the night, a truly giant wave (estimated at 60 feet) swept over the village. Washing nearly everything away. Jonestown in the tropics.

The day we were there, the waves were as tranquil as the town. Well, not really. At least there was some activity on the ocean. There was almost none in town.
Cuyutlán's beach is made of volcanic sand. Black volcanic sand. If it were not for the mud content, a visitor could mistake the place for Hilo. With one big exception.

The beach was almost devoid of people. Rows of tables, chairs, and umbrellas marched along the beach. Empty.

That obviously is not always true -- even though it has been on my three visits. I understand Mexican tourists frequent the beach on weekends and holidays. If our beaches this weekend in  Melaque are any indication, those tables are undoubtedly filled with people emptying their bathing suits of pesos.

The town was just as deserted on our visit. There were a handful of northern tourists. On a cruise ship excurion was my guess. Due to the presence of Proncess bags. But that was it. 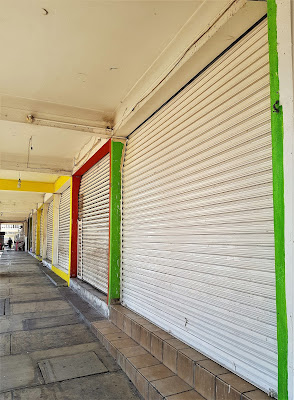 Even the plaza was empty. With the exception of the obligatory statue of Benito Juarez -- who, in this rendition, has been reduced to the equivalent of a Olmec sculpture. 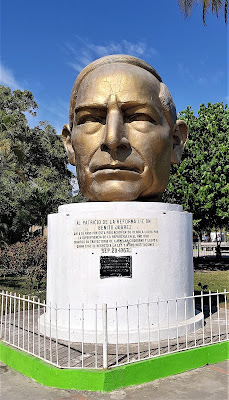 If the green wave was nothing more than a faded memory, how about the salt?

Cuyutlán borders a large salt lagoon where salt was produced by local tribes well before the Spanish arrived. But the Spanish were not interested in artisan production. They needed salt in wholesale quantities -- to salt their meats for voyages and further conquests, and to process silver.

Between 1531 and 1800, Mexican mines produced 14,250 tons of silver. To process that amount of silver ore, the Spanish needed a million tons of salt. Much of it came from Cuyutlán.

There is still a salt operation in town run by the state government of Colima. Evidence of that dots the roads in our area where bags of unprocessed salt is sold. I have some in my kitchen.

The history of the salt process has been preserved in the -- what else? -- Salt Museum, housed in one of the 100 year old salt barns made of palm wood boards. 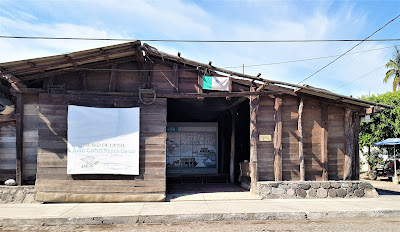 Each of the exhibits is well-signed, and the commentary is interesting, covering 1000 years of salt production. My favorite is the discussion on how the extraction process evolved over the years. 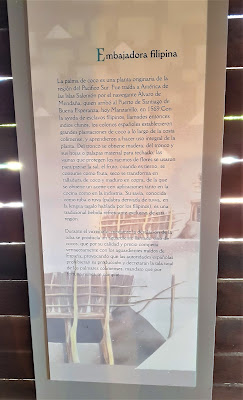 The rest of the building is still an active salt operation. Front end loaders move and load unprocessed salt into trucks for transport. 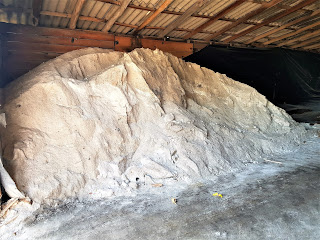 It turns out, to use a hackneyed expression, the third time was the charm. The drive to Cuyutlán is just over an hour from Barra de Navidad. And for those interested in taking dips on different beaches, this one is worth a try. After all, how many people can say they defied death by slipping a toe into the maw of killer waves?

If that is too adventurous, spend an hour or two in the museum -- or chat to Juarez's giant head. He's a good listener.