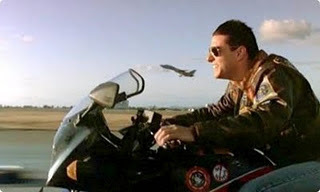 Email is a thing of joy.


This morning my sainted brother forwarded an article to me.  From a fellow named Mark Bonokoski.


I don’t know him.  Not surprisingly -- because he writes for a Canadian newspaper.  But he appears to be a soul mate on at least one issue.  The neoteny of North Americans.


Well, not neoteny in its classic Betty Boop form.  But in the all-too-familiar guise of the nanny state.


What set him off was Nova Scotia’s decision to mandate helmets for skiers and snowboarders.  Even though, the number of injuries has been almost statistically insignificant.


He then recounts how it must be a miracle he ever made it to his current age.  Lead paint on his crib.  Bicycling sans helmet. No seat belts in cars.  Riding in the back of pickups.  Unsupervised swimming in a quarry.  Starting work at 12 on a dangerous tractor.  At 16 in construction with no safety boots.


That list is extremely familiar because I was just recounting a similar version with a good friend.  By attempting to reduce life’s risks to zero, the best parts of childhood are being sacrificed.


Almost all of the wonders of my childhood would make regulators quail.  Walking the railroad trestle in hope that a train would not show up before the other side did.  Swimming the Willamette River to our own pirate island to spend the afternoon.  Or pellet gun wars in the woods.


Those, of course, were the adventures kept secret from parents (as if they didn’t really know what was going on).


But parents could be accomplices in fun.  My mother accompanied my brother and me in walking around our neighborhood at the height of Oregon's largest wind storm.  You gain a lot more respect for a parent who will walk with you while trees and power lines are falling around you in an Irwin Allen-ish adventure.


Or the time she joined us on our bicycles to deliver newspaper during a silver thaw.  All three of us would crash in a tangled mess at the bottom of hills.  Helmets would have been as incongruous as a tap dancer in Swan Lake.


One of my favorite scripture verses is Ecclesiastes 7:10.  “Don't ask why the old days were better than now, because that is a foolish question.”


Nostalgia for its own sake is just that.  Foolish.


What is important is to realize why we think so fondly of those activities.  Because they were days where freedom was valued.  Before we decided to sell our birthright for the pot of porridge that is safety and security.  A pot that is merely a mirage.


Bonokoski sums it up well: “The motorcycle I rode as a teenager could also be ridden without a helmet, and no freedom exists today can match that feeling of wind blowing through your hair at 100 miles per hour, not kilometres, as you put the throttle to a 650 Triumph Bonneville on an open stretch of highway.”


Insert Norton Commando, and Bonokoski and I could be experiential twins.


I thoroughly enjoy the age in which I live.  Especially the technology.  But it could do with a bigger dose of freedom.  Before we forget what we can accomplish as a free people, rather than as a secure blob.


Thanks, Darrel, for the reminder.

What in the Sam Hill is neoteny, in its Betty Boop form or any form?

Mature adults who retain juvenile characteristics.  And, in some cases, never having enjoyed a childhood.

Ah, so it's a word to describe the vast majority of Americans these days, at least the first part of your definition.

I am amazed that we all survived the fun of growing up. We just need someone to fondly tell of those adventures.....

And fond they are.

I keep hoping there is still a large remnant of Americans who enjoy the joys of freedom.

We had a system for checking to see if the ice was safe... We would make the guy who had the weight problem go first, if he went through, we knew it was not safe. His mother hated that system.

And he was dead at 35 from overeating, 650lbs as I remember.

The state here in Ohio took a little boy out of his home and put him in foster care because he weighed too much for his age this past quarter. Even knowing about my friend's fate, I still think it stinks.

I think back to climbing the water tower in Alexandria, La..  Well, I was the guard, but the other girls went up and came down safely....Or the drag races at night like Blackboard Jungle.  Or..........well you get my drift.  GREAT memories, but I think my grandkids are making their own memories.  All I hope is that they aren't all about "texting"!

Ah, but this same generation that is over-concerned with seat belts and bike helmets, will drive down the freeway at 80plus with a latte in one hand and a cell phone in the other. I think there is still a little risk taker in people it's just relative to the times. Some lawyer will rip all of that off too..

Insert Kawasaki, Rayban Aviator sunglasses, the foothills west of Denver and way more hair than I've got now, both literally and figuratively. I do worry that I've forgotten how to be me without the training wheels and helmets and button down collars and SUV.

My favorite line in the article was,

Funny you used a photo from Top Gun. I just watched it again yeaterday.

If I stay here much longer, I am going to be your next ice tester.

Each generation has its own memories.  My concern is the loss of freedom that seems to accompany America's (or, at least, the government's) mania for safety -- and our ovine acquiescence in it all..

The problem with the latte-drivers is they are oblivious to risk.  Fun comes only through the adrenalin rush of knowing death may reside in the next second.

And that may be what I am looking for.  The me I once knew.

Top Gun seemed to be just the right metaphor.  Especially, the jet.

We've gone high tec these days, we cut a hole with an ax, if the sidewall is over 4 inches, it's good for small groups. 6 inches we clean the snow off with a tractor-don't see much 6 inch ice anymore...

What Libertarian rants against motorcycle helmets, seat belts and air bags in car, etc. don't consider is that the risk of accidents falls not just on the individual but society in general.

If someone goes down the highway on a 750cc Kawasaki and takes a spill, the cost of putting the person's skull back together, or keeping them on a wheelchair for the rest of their lives--not only the medical costs, but other costs like time lost from work and disability insurance--falls on society.

If every cyclist who forswears a helmet would also sign a bond, say for a million dollars, to cover any potential costs of not wearing a helmet, I'd be cool with that.

But I don't want my government or my insurance company to pay for the costs of someone not wearing a helmet just so he can feel the wind blowing through his hair and get off on some testosterone kick.

But, of course, that is the danger of reductionism, isn't it?  There is an old line about those who create our wretched state and then use it to malign us.  But that is not really the point.  Everything in life has a risk.  Eating red meat.  Driving to work.  Going to the theater.  Sex.  But the benefit far outweighs the risk.  Because risk is what makes life worth living.

If we learn anything from Don Quixote, it is that attempting to reduce the world to logic and rationalism destroys the very things that make life worth living.  Like beauty.  And love.  And, yes, freedom.

Those of us who tilt against windmills know that life is best lived where adults treat adults as free moral agents.

Amen.
As you know, I grew up on the Oregon coast.  I remember clearly and fondly a time in the mid 1950s when my mother took us kids to Cape Arago during a howling winter gale to watch the waves.  The wind was so strong we could hardly stand up, especially when we held our arms out.  When it was time to go, an especially strong gust came along just as the door of the car was opened, flattening it forward against the fender and springing the hinges.  We had to drive home holding the door shut.

Sometimes I am amazed we made it this far.

Cave exploring, both wet and dry, both horizontal and vertical (rope work in vertical pits.) We were nuts.

Stewnal's comment explains exactly why socialism imperils our freedoms longer-term. This is exactly why we don't need Obamacare, et al.  I don't want to walk down the street looking at people practicing bad health habits and think, "I'm paying for that." Freedom is also the freedom to lose big.

I'd rather live free and take my own chances.

This is one of the things I really like about Mexico. No nanny state.

Kim G
Redding, CA
Where we're recovering from our own little bout of freedom.

I knew a guy in law school who would wander around the dining room each morning lecturing people who used "too mjuch" milk on their cereal.  Like you, I am happy to escape that type of nonsense in Mexico -- where no one cares how much pork I eat, and where I pay for my own health care.

I think it's noteworthy that, as the amount of time we spend online increases, the amount of actual life experiences (including fulfilling relationships) we have decreases. I think the hyper-vigilance toward safety we observe stems from a sense of scarcity regarding life experiences: If your experience of life is meager, you will fixate on preserving the little life force you have. If your experience of life is rich, you—like a very wealthy person—will take more chances with the "money"/life force you *do* have. And your wealth will grow.