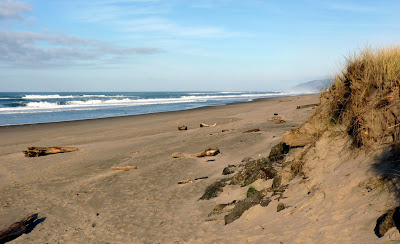 Travel has its own tales.


My absence from these pages would indicate the contrary.  But I have had an interesting week away from Mexico.


The trip north was the usual morphing from Mexico to The States.  Los Angeles International Airport is a fine point to step from one world into another.  LAX is usually a well-run place.  Right down to the liberty-eroding performance art that passes for security.


But this trip I discovered LAX’s efficiency is as shallow as Tinseltown itself.  By now, you have already read about the winds that stripped areas of southern California of their civilization-blood: electricity.


I had just sat down to dinner with two acquaintances from Melaque when the power went out.  Fortunately, the waiter had already served us.  But the restaurant had no idea how to accommodate its darkened customers.


And the airport itself was no better.  I had no idea what had happened until I read the newspaper the next morning. 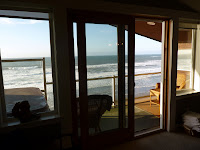 When I finally arrived in Oregon, the weathermen predicted sunny skies at the Oregon coast for the weekend.  So, off we went to stay at the same boutique hotel I stayed in during my last visit.  For the daily equivalent of my monthly rent in Mexico.  Worth every penny.


The room was nice.  But the real show was outside.  The weather was so nice it disinterred long-buried plans about retiring on the Oregon coast.


Of course, everything over the weekend was an exception.  Gray is the Oregon coast’s natural color.  Along with a constant drizzle.  But the exceptions are always attractive.  As were the three days in the sand.


On Wednesday I will mail my application for my Red China visa.  If all goes well, I will have it back in hand in about two weeks or so. 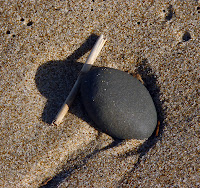 But the visa was only one reason for coming north.  I have spent the past week reveling in old friendships.  And shuffling through several ideas of what I want to do with my life.


More on that later.

ahhh, you leave us in suspense.  can't wait to hear more. glad you're enjoying your time up north.

That is an interesting third picture.  I have concluded that it is your well trained pet rock retrieving a stick.

I don't know where you really were Steve, but I assure your readers it wasn't in my Oregon this past week. Nice try to fool us all. Your frozen friend in Portland, Jose

In a surprisingly-inviting Lincoln City.

Wow!  Surprisingly more complex than I would have imagined possible.

Grasp the nettle of reality and sell your house. It hasn't gained a dime in value since you postponed its sale the first time has it? No, in fact, it has probably lost more than several percent of its value.

And don't say you can't sell it. Of course you can sell it, but you might not like the price. But that's the value, whether you sell it or not. So at least mentally "mark it to market."

According to Zillow, my own humble abode has lost 3% of its value in the last year alone, and *MUCH* more since the peak in 2006.  Like most of Oregon, Boston was never a housing bubble market, but that hasn't prevented declines. I already view the house as a wasting asset. If I were happily living in Mexico, I would give it the heave-ho at whatever price it took to move it.

Kim G
Boston, MA
Where history suggests we have another 2-3 years of housing value declines ahead of us.

You are correct.  The value has dropped almost 40% in the past two years.  And is not going up.  A sale needs to happen one of these days -- soon.