vignettes of the plague 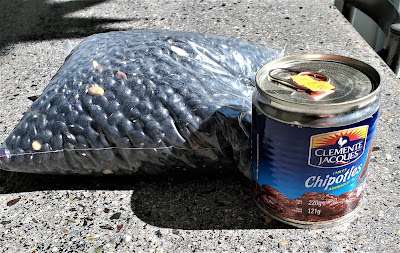 Not that there is anything particularly special about this day; I buy meat on most days.

But, I need to buy my meat on Thursdays during Lent. My butcher is an observant Catholic.

On the Fridays between Ash Wednesday and Easter Sunday, his shop is closed on Fridays. Not being Catholic (observant or not) and having the memory of a gnat, I have forgotten the Friday-closure rule, and end up walking the half-mile to his shop solely for exercise.

My neighborhood in Barra de Navidad has kept up a somewhat-subdued rhythm of life during these plague days. Almost all of the shops are open and people are out completing their daily tasks.

The state and county government's actions to discourage tourists during Semana Santa has been mostly successful. But not entirely.

Antonio, the guy who tends my pool, told me yesterday that most of his customers from Guadalajara who own houses here have decided to go back to the Big City. With the beach restaurants and the beach itself closed, what is the point in staying?

But not everyone has left. On my way home, I followed a young couple with a babe-in-arms who were looking for a place to eat. They found it at one of the taco stands that pop up this time of year. About 20 people were crowded together under a small palapa. Culutural norms are difficult to alter.

As circumstances change in our lives, it is strange what jumps to our attention that would otherwise go unnoticed. On my walk to and from the butcher shop, I counted seven people on my way who had racking coughs.

It reminded me just how questionable the reported rose-colored COVID-19 statistics are for Mexico. The numbers are disproportionate compared to other countries. A total of 3,181 cases, with 396 added today. That puts Mexico between Saudi Arabia and Luxembourg -- countries with populations smaller than Mexico; Luxembourg is 252 times smaller.

It may be that the virus is taking its time to wend itself through the population. The death toll (at 174) is higher in proportion to reported cases.

A Mexican friend told me it was reverse-smallpox. "The Spanish killed us off with smallpox. This disease is for you white people, not Mexicans."

I suspect one reason the confirmed cases may be low is typified by the coughers on the street. I do not know, but I am willing to bet few of them have consulted medical help.

Even though the local clinic does not charge patients, most of my acquaintances will not seek assistance because they either do not trust nurses and doctors or they cannot afford the medication they think will be prescribed -- or both. If they do not go, they will not be tested. And, if there are no tests available, the whole process is futile.

What I do know is that my neighbors are already facing financial hardship with the loss of work. I have a neighbor who is a mason. His work stopped because the owner cannot afford to continue building. His wife lost her job in a tourist shop. They have three adult sons. Two are married; their wives live in the household. That is seven people. None working.

When I walked by this morning, the wife had a plastic table set up in front of her house with staple food items for sale. Underneath the table were five food bags -- commonly called dispensas.

When I asked her why she was selling the contents, she said she had kept the items her family could use, but she was now selling or trading the remainder. She needed the money far more than she needed some of the items.

I will confess that I was a bit startled at first. And then I asked myself why. People have donated money to this project to help people who are in need because the government has shut down their jobs. It isn't as if she did not need the help. She was merely using her wiles to make the best of her terrible situation.

The people who have donated to this project should feel assured that their gifts are being put to good use. My neighbor can now afford to buy some fresh meat for her family due to your generosity.

As long as she does not try to buy it tomorrow from my butcher.