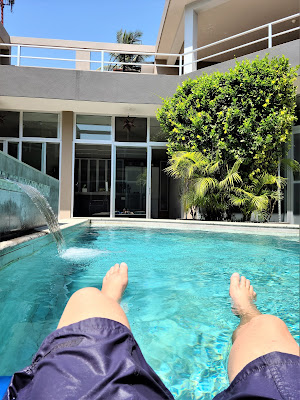 In 1994, The Oregonian, Oregon's primary daily newspaper, conducted what can only be labeled as a populist sting.The newspaper sent a reporter to Mexico to interview retirees from the Oregon Public Employee Retirement (PERS) system. If I remember correctly. most of them were retired school teachers who had moved to Mexico to stretch out their retirement dollars.But that was not the story that The Oregonian told. According to the reporter, the teachers were living the high life off of the back of Oregon taxpayers -- taxpayers who were only just coming out of a recession. The front page of The Oregonian featured a photograph of the teachers sitting in front of a swimming pool while raising glasses of what appeared to be margaritas.What bothered me was there was no need to demonize the retirees. PERS, like public retirement systems throughout The States, had been under-funded for decades. From the 1980s, the legislature granted ever-higher retirement benefits instead of funding salary increase. And, because the state could not afford the salary increases, neither could it afford to invest funds for future retirement benefits. It was a disaster waiting to happen.

When the legislature enacted some minor reforms, the Oregon Supreme Court stepped in to stop most of the law from going into effect. Even though I was not a state employee, I was a member of PERS.

But, more importantly, I was a taxpayer. And, it was as a taxpayer that I supported most of the PERS reforms even though their enactment would have reduced my retirement benefits. Unfunded deficits do not go away on their own.

My thoughts today turned to those retired teachers in Mexico smiling contently at the newspaper readers. I found myself floating this morning in my pool with that same look on my face.

When I bought the house with no name, I used the pool almost daily. It was my refuge for reading and dining. Somewhere along my journey, I must have acclimated to our weather because I stopped using the pool in the winter. That was last year. The same was true of this year. It was simply too cool. I have been in the pool twice (and then only briefly). Until today.

We have had a pleasantly cool winter here on the coast. Days in the 70s (occasionally into the lower 80s) and refreshing nights in the 60s. Unfortunately, those temperatures do not warm my pool.

This is probably my favorite time of year. The days are warm enough for all outside activities and the nights provide perfect sleeping weather. I simply open my bedroom doors to the patio, and there is no need for a fan. If the temperature arc continues at its current rate, I will not need to use my bedroom ceiling fan until the first week in May.

Late last week, the day temperatures increased slightly. My patio wavered around 84 this weekend. That slight increase in temperature was enough to raise the temperature of the pool to, coincidentally, 84 degrees.

That was warm enough for me to pull out the pool hammock and spend three hours floating across the surface of my pool as if I were Sir Francis Drake in pursuit of Spanish gold. More prosaically, I tried to catch up on my reading.

As I was enjoying this little piece of Mexico where I have chosen to live, I thought of those unfortunate teachers who naively trusted their life stories to that reporter. I hope that even after the story ran, they continued enjoying their choice to move to Mexico.

The true irony is that after all the press, all the political battles, amd all of the court cases, PERS still has an unfunded deficit of $24 billion -- even more than when the reform movement began.

Should I hear a reporter from The Oregonian knocking on my door asking about how I enjoy my life in Mexico, I am not going to talk with him. You cannot fool this boy twice.

I spend enough time demonizing myself on these pages without requiring the services of a reporter. 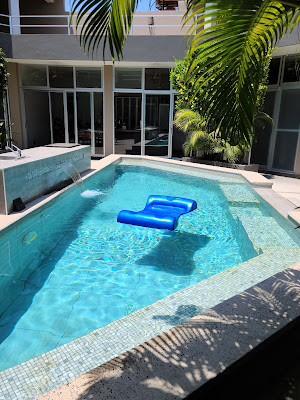