spicing up my life 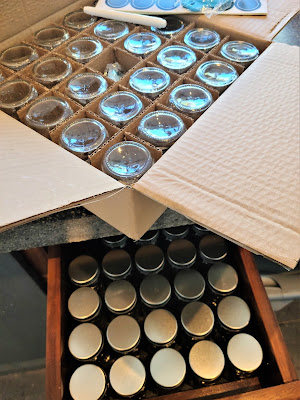 Good morning. My name is Steve, and I am an Amazon-holic.Like most users, I did not see it coming. But one morning I woke up in a pile of empty shipping boxes. I knew something had changed.I have long been a fan of Amazon. When I first moved to Mexico, ordering through Amazon was a bit difficult. Packages crossing the border seemed to be problematic. Then things changed.Just about the time I bought the house with no name in Barra de Navidad, Amazon premiered a new platform -- Amazon.Mx. I thought I might have to open a new account, but I was wrong.My Amazon Prime account gave me access to everything on Amazon.Mx. Better yet, I could also buy almost anything in the Amazon inventory through Amazon.Mx. (For some reason, several of Amazon's subcontractors do not ship to Mexico.)Initially, the new platform did not make a big difference in my life. I can find almost everything I need here in town. If not, Manzanillo, with its big-box stores, is less than an hour away.Every now and then, though, I need something that Amazon can provide. That has especially been true this past year when I have tried staying close to home.I am not certain what started my latest Amazon splurge. Maybe it was a replacement Eagle Crest duffle with a drop shoe tray. Or swabs to clean my camera's sensor. Or Billy Collins's latest collection.Whatever it was, it started something of a shipping avalanche. A new Kindle. Lots of DVDs. A set of baker quality silicon baker mitts. Samsung earphones. A travel brush. Replacement wrist bands for my wrist step counter. Books. And several gifts.Somewhere the list morphed from necessities to nice-to-haves. And there was a handy scapegoat. The virus. Being confined was driving me to the edge of casa fever. I had to have some outlet. At least, I was not as bad as the young woman I read about in The Oregonian who deals with the loneliness and isolation by bingeing on television. She confessed to the reporter that she runs The Crown all day -- claiming that it makes her feel as if the Windsors are the family she can no longer visit. I suspect she has now gone into mourning over the death of her cranky Uncle Phil.I took a different neurotic path. I started buying things. When Fernando would show up in his DHL van (as he has three times this week) with his upbeat shout outside my door ("Estiv. I have something for you."), my day is brightened. Probably more by Fernando's greeting than whatever he is delivering.I usually know when he is going to arrive. DHL has a marvelous tracking feed that updates my order on Amazon. But I did not expect his greeting on Wednesday afternoon.When I opened the door, I had no idea what could be in the large box he handed over to me. My confusion lasted for only about one minute. I finally realized what was inside even though it arrived a week early.About two weeks ago, I was searching through YouTube videos to learn some new cooking techniques. I cannot remember the topic of the video I was watching (probably something to do with lamb sauces), but that was not what makes the video relevant to today's tale.The cook came to the stage where herbs had to be added to the mixture. Instead of pulling them out of a cabinet somewhere else in the kitchen, he opened a drawer under his preparation table to reveal what looked like a glimpse of heaven.All of his herbs and spices were in round jars with the name of the contents on top. And they were in alphabetical order. Anal retentive folk all over the world gasped. At least, this one did.I immediately switched my telephone from the YouTube app to the Amazon app. I had to have something like that. And I found just what I wanted on Amazon.Mx. Mini-Mason jars with pre-printed and customizable labels.When I opened the big box, sure enough, there were two orders of 24 jars each. I thought 48 jars would suffice.So, I started filling them. As I worked my way down the alphabet, it became obvious that somewhere between "thyme" and "white pepper," I was going to run out of jars. And I did. Just seven short of my target.And you know exactly what I did next. I am predictable. Without moving from my transfer station, I opened my Amazon.Mx app and ordered 24 more jars. I can use the rest for other storage. If all goes well, Fernando will deliver my jars on 19 April. Or earlier.I have noticed now that I have started traveling to Manzanillo that I have transitioned from bingeing on Amazon to simply being a social buyer.Even so, it feels good to know that Amazon is always there for the things that are difficult for me to find elsewhere. And I want to be certain that Fernando has a job. 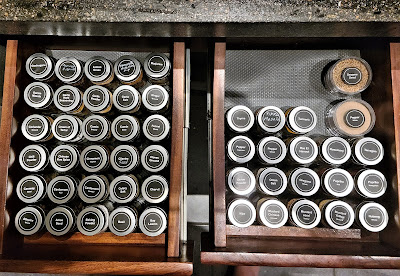