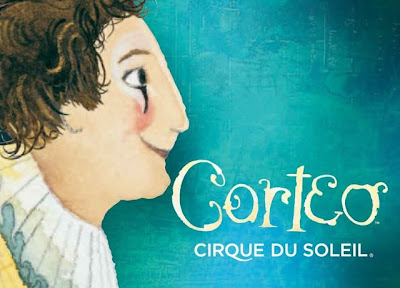 Saturday afternoon, we (a couple from law school and their daughter, and a friend from work -- Beth of Minto Dog) attended the Cirque Du Soleil's Corteo. It was everything I expected it to be. I continue to be amazed at how the artists who create, produce, and perform this marvelous material can continue to top themselves with each production. The combination of clowns, acrobats, and music is something to behold. I could write on and on. But what is the point? It is what it is. 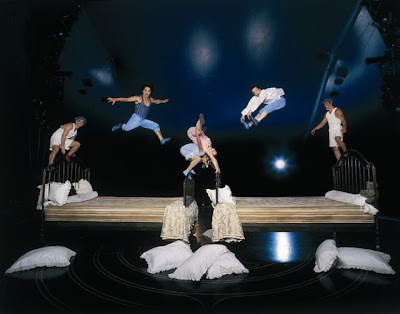 The Cirque Du Soleil is something I will miss in Mexico. 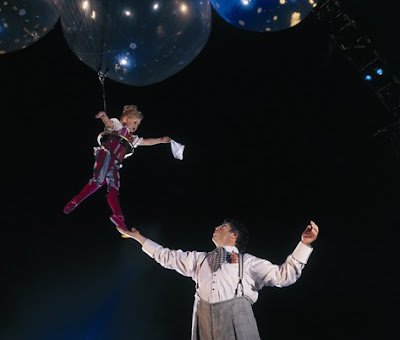 And I will miss Huber's. Huber's is the restaurant where we celebrated my mother's 80th birthday. I like Huber's more for its ambiance than its food -- good, old-fashioned meals (the turkey dinner being my favorite). The food is very good. But Huber's is simply a fun place to spend an evening of conversation with friends.


And good friends it was on Saturday night. We ate. We laughed. We talked. It was exactly the type of night one spends with old friends -- and the memory lingers on.

This, too, I shall miss in Mexico. Huber's, certainly. Old friends, definitely. But now I can look forward to sharing new adventures with them when they come to visit.
at March 30, 2008

Cirque Du Soleil comes to Mexico. There was a performance not too long ago in Mexico City. Alas, I missed it.

I thought I had seen Mexico City on the tour list in the past. Alas, it is no longer listed. Maybe in the future. And it will give me a reason to get to Mexico City -- in addition to the archaeological museum.

Steve, your mention of the Archeological Museum brought back a memory of an interesting encounter there oh so many years ago. It put to the test my un peu de francois....and I'm sure I've just mangled that little bit!

Anyway, story will have to wait until later cuz I'm running out the door soon for work. More on this later.

BTW, I've only seen one performance of the Cirque de Soleil and it was truly magical - the child in us can always be awakened.

Alee' -- Be certain to return and give us the details.

OK, you twisted my arm. The tale takes place in Mexico City in 1968 while I was an undergraduate student, attending UNAM. At a bus stop one fine day I ran into another young college student from Germany. He was lost and trying to find the Museo Nacional de Antropología, but wasn't having any luck understanding the bus system or the tourist maps. So, I offered to take the bus with him to the museum.

But, here's the catch. He spoke only German, no Spanish, no English. I spoke only Spanish and English, but no German. So, with his one semester of French and my one semester of French - we managed to communicate the entire day. What an adventure! We parlez vous'd all day long in a language we spoke minimally, at best - yet we somehow managed to communicate the important stuff.

I hadn't thought about this in - well - 40 years. Amazing how the mention of a place brings it all back. Now, how could that have happened all those years ago when I'm only 39? ;-)

Alee' -- Great story. Thanks for sharing.

I am a *HUGE* fan of Mexico City. Is it dirty, crowded, dangerous, and polluted? You bet.

But it's also vibrant, exciting, and beautiful in the inner-city bits like Centro Historico, Zona Rosa, Condesa, and Roma.

Gringos don't seem to want to retire there, but it is my own personal fantasy.

It is the New York City and Washington, DC of Mexico, all rolled into one. It makes Boston seem quaintly provincial.

You must go and spend time there.

P.S. Even Michael Dickson (who warned me against it in an early correspondence) is warming up to it.

I am looking forward to visiting Mexico City, Kim. And to learning more about what it has to offer. I almost moved to London in 1989, but decided not to. I have never regreted it -- even though I love it. Finding the proper balance between serenity and intellectual stimulation is going to be part of this adventure.

What Kim says is true. But Mexico City is a classic example of the old saw: It´s a nice place to visit but you would not want to live there.

The air is literally life-threatening. The city is trying to lessen that, but it´s a slow slog. The traffic is so horrible that the thought of driving more than a few blocks puts a damper on going anywhere. Yes, the metro system works well, but there are only a few hours a day in which you will not have somebody´s elbow in your ribs.

Mexico City is in large part totally out of control. The city government is making a sincere effort, it appears, to improve the place but it´s like leaning into a tornado.

Visit? Sure, we do it every couple of months for a week or two. But live there? Not in a million years. There is a reason few Gringos retire there, and I´ll bet most all Mexican City residents who retire head elsewhere rapidly if they can afford it.