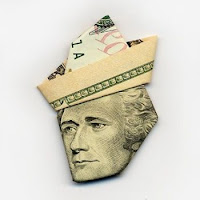 Every four years, I feel a bit like a salmon.


I am not feeling any particular urge to spawn. Instead, I feel the urge every December to cast a ballot.


You see, I am a member of the Electoral College. Or, more accurately, I was once an elector. That peculiar American political institution was once merely an odd set of numbers to me. In 1984, that all changed.


The month was July. The place: Klamath Falls. I was attending the state convention of my party as chair of one of the subgroups of the platform committee. A political acquaintance asked me if I wanted her faction to nominate me as a presidential elector. I had not thought about running, but acquiesced. It wasn't ambassador to the Court of St. James, but I thought it might be an interesting experience.


That was the first time I ever gave any serious consideration why the electoral college exists.


I knew the history. But that is not the same thing as understanding its current function. Its creation in the 1780s probably prevented the creation of the constitutional office of elected monarch. Instead, the nation chose an elected head of the republic, but one that would be chosen in a manner that retained the small state - big state compromise embodied in the makeup of the House and the Senate. The electoral college still carries those genes. Those who would alter it should think long on that pedigree.


For me, I wondered what would happen if I chose to vote for someone other than the candidate I had pledged to support -- the dilemma of the unfaithful elector. In Oregon, the answer is simple: my vote would be cast for me, and I could be cast into jail.


That did not happen. What did happen, though, is that I launched my own political career with a failed campaign for the legislature four years later, and an aborted campaign for Attorney General eight years after that.


I no longer long for political office. However, when I hear that the electoral college is meeting, I feel as if I should be there -- to, at least, audit a course.

Seriously, an elector can be JAILED if he changes his mind? What if he finds out something really awful about the candidate he's supposed to be supporting? This is democracy?

The states are split almost equally. Oregon and Oklahoma have statutes requiring the electors to vote as pledged; Texas and Arizona do not. Take a look at this graphic: http://elections.journalnow.com/graphics/26ELECTORAL_COLLEGE.gif

You may recall that a DC elector in 2000 refused to cast her ballot for Gore-Edwards in protest of DC's lack of statehood. A 2004 Minnesota elector voted for Edwards rather than Kerry for president -- perhaps, by mistake. I suspect that the state laws requiring pledged votes is unconstitutional, but no one has challenged them. But it does give you an idea of the lowly status of electors -- as far as Oregon is concerned.

Hombre - you're just full of surprises - life is grand - would that there would be enough time to tell all the stories; told or not at least we lived them.

Then again there are a lot of stories I just don't tell because no one would believe me - so those memories just make me grin.

Calypso -- There is a line from the title song of "The Happy Time" listing all of the character's happy memories. One of them: "The lie you told they all believed." Not me. I much prefer the factual tale that no one believes. Those were the truly great adventures. And we should share our own one of these days.

OK, Steve. You write a wonderful blog, and I say that in earnest. And you are now one of the top 10 blogs about Mexico.

But really, we have strayed far, far, far from Mexico.

What are we faithful readers to think? Hmmmm......

Kim -- It's all background -- and it all comes with me as one big package to Mexico. As for the further steps on "Mexico Here I Come" -- keep your patalones on, Señor Kim. All will soon be revealed. At this stage, I will gladly take requests.

Kim -- I was looking through my posts. Everything appears to be posted. Do you recall the topic? I will always post your comments.

What the U.S. Constitution says is "Each State shall appoint, in such Manner as the Legislature thereof may direct, a Number of Electors . . ." The U.S. Supreme Court has repeatedly characterized the authority of the state legislatures over the manner of awarding their electoral votes as "plenary" and "exclusive."

Neither of the two most important features of the current system of electing the President (namely, that the voters may vote and the winner-take-all rule) are in the U.S. Constitution. Neither was the choice of the Founders when they went back to their states to organize the nation's first presidential election.

In 1789, in the nation's first election, the people had no vote for President in most states, it was necessary to own a substantial amount of property in order to vote, and only 3 states used the winner-take-all rule (awarding all of a state's electoral vote to the candidate who gets the most votes in the state). Since then, as a result of changes in state laws, the people have the right to vote for presidential electors in 100% of the states, there are no property requirements for voting in any state, and the winner-take-all rule is used by 48 of the 50 states.

The normal process of effecting change in the method of electing the President is specified the U.S. Constitution, namely action by the state legislatures. This is how the current system was created, and this is the built-in method that the Constitution provides for making changes.

The small states are the most disadvantaged of all under the current system of electing the President. Political clout comes from being a closely divided battleground state, not the two-vote bonus.

Of the 13 smallest states, Idaho, Montana, Wyoming, North Dakota, South Dakota, and Alaska regularly vote Republican, and Rhode Island, Delaware, Hawaii, Vermont, Maine, and DC regularly vote Democratic. These 12 states together contain 11 million people. Because of the two electoral-vote bonus that each state receives, the 12 non-competitive small states have 40 electoral votes. However, the two-vote bonus is an entirely illusory advantage to the small states. Ohio has 11 million people and has "only" 20 electoral votes. As we all know, the 11 million people in Ohio are the center of attention in presidential campaigns, while the 11 million people in the 12 non-competitive small states are utterly irrelevant. Nationwide election of the President would make each of the voters in the 12 smallest states as important as an Ohio voter.

The fact that the bonus of two electoral votes is an illusory benefit to the small states has been widely recognized by the small states for some time. In 1966, Delaware led a group of 12 predominantly low-population states (North Dakota, South Dakota, Wyoming, Utah, Arkansas, Kansas, Oklahoma, Iowa, Kentucky, Florida, Pennsylvania) in suing New York in the U.S. Supreme Court, arguing that New York's use of the winner-take-all effectively disenfranchised voters in their states. The Court declined to hear the case (presumably because of the well-established constitutional provision that the manner of awarding electoral votes is exclusively a state decision). Ironically, defendant New York is no longer a battleground state (as it was in the 1960s) and today suffers the very same disenfranchisement as the 12 non-competitive low-population states. A vote in New York is, today, equal to a vote in Wyoming--both are equally worthless and irrelevant in presidential elections.

The major shortcoming of the current system of electing the President is that presidential candidates concentrate their attention on a handful of closely divided "battleground" states. 98% of the 2008 campaign events involving a presidential or vice-presidential candidate occurred in just 15 closely divided “battleground” states. Over half (57%) of the events were in just four states (Ohio, Florida, Pennsylvania and Virginia). Similarly, 98% of ad spending took place in these 15 “battleground” states.. Similarly, in 2004, candidates concentrated over two-thirds of their money and campaign visits in five states and over 99% of their money in 16 states. Two-thirds of the states and people have been merely spectators to the presidential elections. Candidates have no reason to poll, visit, advertise, organize, campaign, or worry about the voter concerns in states where they are safely ahead or hopelessly behind. The reason for this is the winner-take-all rule enacted by 48 states, under which all of a state's electoral votes are awarded to the candidate who gets the most votes in each separate state.

Another shortcoming of the current system is that a candidate can win the Presidency without winning the most popular votes nationwide. This has occurred in one of every 14 presidential elections.

In the past six decades, there have been six presidential elections in which a shift of a relatively small number of votes in one or two states would have elected (and, of course, in 2000, did elect) a presidential candidate who lost the popular vote nationwide.

The National Popular Vote bill would guarantee the Presidency to the candidate who receives the most popular votes in all 50 states (and DC).

Every vote would be politically relevant and equal in presidential elections.

The bill would take effect only when enacted, in identical form, by states possessing a majority of the electoral votes—that is, enough electoral votes to elect a President (270 of 538). When the bill comes into effect, all the electoral votes from those states would be awarded to the presidential candidate who receives the most popular votes in all 50 states (and DC).

The bill is currently endorsed by 1,246 state legislators — 460 sponsors (in 47 states) and an additional 786 legislators who have cast recorded votes in favor of the bill.

The National Popular Vote bill has passed 22 state legislative chambers, including one house in Arkansas, Colorado, Maine, Michigan, North Carolina, and Washington, and both houses in California, Hawaii, Illinois, New Jersey, Maryland, Massachusetts, Rhode Island, and Vermont. The bill has been enacted by Hawaii, Illinois, New Jersey, and Maryland. These four states possess 50 electoral votes — 19% of the 270 necessary to bring the law into effect.

mvymvy -- Thanks for the very thougtful analysis. I am still not persuaded that the revision would be beneficial to the body politic. Most "reforms" are mere tinkering, and this one seems to bring far greater dangers than any perceived weaknesses in the system -- imagine Minnesota on a national scale.