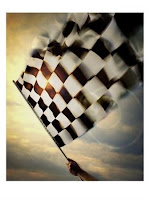 "[H]e is much more skilled at analyzing the big trends of the past than he is with detailing workable policies for the present. * * * It's quite another [thing] to deal with the concrete complexities of the real, here-and-now world."


When I read those two sentences in a book review over the weekend, I realized the reviewer could just have easily been discussing my three-part post on the Mexico drug wars. I spent all my time on analysis and copped out on any concrete policy recommendation.


And I know why. The drug issue is almost as intractable as Palestinian statehood or resolving the impending Medicare collapse. But, as my good friend "Juan Calypso" pointed out, who would have ever believed that the Northern Ireland dispute would be resolved? The United States and Mexico should be able to start resolving this drug issue.


Based on several comments readers left during the past week, the first step seems to be obvious: the United States (and you can add Canada and Europe to the list) should stop interfering in the internal affairs of other nations concerning drugs. Some Americans are creating the demand for illegal drugs. The drug cartels in foreign countries are simply providing a manufacturing and transportation network to meet that demand.


Over ten years ago, the Cato Institute offered a plan to the 105th Congress to intelligently begin changing our policy toward illegal drugs.


You remember those years. A new group of politicians took control of Congress and new ideas were going to transform government. Well, it did not happen -- and they were booted out in favor of the crowd they replaced.


The Cato Institute's plan was simple:

It is not the ultimate solution, but it is a good start. Our interference in other countries internal affairs on this issue has created numerous social problems for those countries.


Mexico is a perfect example. Even though there are only a few areas in the country intensely affected by the crackdown on drug trafficers, the whole population is affected to some degree -- whether by the ever-growing number of military check points on highways or the growing desire by some to create a police state. The Mexican government is beginning to react negatively to the conditions that Congress has placed on this year's aid package to Mexico.


America should be a good example, not a bully. Mexico, as a mature democracy, will take the steps that it needs to take to control corruption and drug cartels. If there is no demand in America, the free market will quickly dry up the need for the cartels. After all, isn't that what everyone keeps saying we should do about OPEC?


I do need to make one comment here. On a message board, I recently saw several posts that argue that the United States should stop trying to convince Latin American countries that liberal democracy would improve their political and economic systems. The code word, of course, is that America should stop trying to "impose capitalism." Implicit with that argument is the belief that liberal democracy is nothing more than a desire for acquisition of material goods.


No one would deny that there are down sides to liberal democracy -- including the fact that people often use freedom in a manner that annoys other people. But the key characteristic of liberal democracy is not merely the desire to acquire; liberal democracy fulfills the strong desire in human nature to change, to create, to improve, to build.


In 2006 Mexico considered an alternative course. The Mexican Congress, at the request of President Fox, passed legislation decriminalizing possession of small quantities of drugs -- including cocaine and heroin -- for personal use. President Fox was prepared to sign the bill -- until a furor erupted in the United States. Congressmen, the White House, the press -- all jumped on their high moral horses and predicted the advent of a drug bacchanalia in Mexico.


My favorite was the horrifying possibility that recreational drugs would be available to American college students on spring break in Cancun and other resort areas. It is moments like this when you wonder if journalists and politicians are steeped in irony -- or if they are simply too afraid to speak the truth.


Of course, President Fox did not sign the bill -- and the drug wars drag on.


Here is my bottom line on this topic -- and I will not speak of it again.


The American public should let its leaders know that we have a lot more moral strength than they think we have. We are ready to treat drugs as adults. Stop interfering in other nations' affairs. Stop promoting an international drug war. Let each country take its free market approach to the issue. And we should do the same.


Drug lords will have control over us only as long as certain drugs are illegal. My suggestion is that we go cold turkey -- and that we then start treating people with addictions like any other citizen who makes bad choices.


Any other choice will prolong the struggle.

Probably the only way to stop the violence of drug trafficking is to legalize drugs. Certainly we could start with marijuana. No more harmful nor addictive than alcohol, it is in many ways hard to justify its illegality.

Cocaine is a tougher question, and other drugs create even harder questions. But I suspect that cheap and freely available marijuana might well stem the demand for stronger stuff. And if that were the case, we'd all be better off.

There is something to be said for incrementalism. Perhaps we legalize just enough to break the cartel system. However, I suspect as long as there are people who get a thrill out of breaking the law to use drugs, we wll need to deal with the crime bosses. As I said earler: no easy answers.