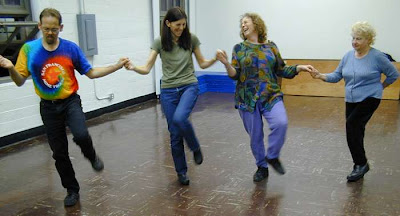 We bloggers often speak of ourselves as a "community" -- a word that is used more often for its fuzzy emotional appeal, rather than its relational solidity.


I have now been blogging for less than six months. In that time I have experienced several truly memorable community moments. (I also have encountered several individual mentors along the way. But that is a topic for a future blog.)

Why am I posting these stories when I know there are at least a dozen more that have directly affected me? Because it is always good to celebrate a true community. Each example involves someone setting aside their own selfish desires to help others -- another member of the community. Could anything be a better example of loving one's neighbor?


I salute each of you. I am happy to be able to call you colleagues.

Steve - Loved your blog about heartwarming stories. It's so wonderful to see a "community" come together to help someone along the way. The people you've mentioned have all been so kind to me as well. I hope to meet them (and you!) one day soon!

A tear jerker post for me! You know why.

And, by the way, I added the link to an IMHO excellent online route planner (not only) for MX - until now this is the best and most precise I could find (in english / german / spanish etc).

Maybe you (or the others)want to have a look...

A big salute right back at you. Hope to meet you in person some day.
All the best to you.

The Theresa who commented/helped Cynthia and Mike is Theresa in Merida. She blogs at http://theresainmerida.blogspot.com/

I've read numerous blogs for a number of years now and must say yours is the loveliest - in presentation (the photographs you select for each entry are fabulous!) and content. It's mesmerizing, and I return to it daily now that I've found it. That I am planning to retire in Mexico is only part of the appeal...it's just such a delight visually.

I'd like to ask, since you are relatively new to blogging, if you were computer "savvy" prior to starting your blog. I've often thought I'd love to blog - but know nothing about it (or computersm basically) - and therefore think it's "beyond" me.

How did you start, might I ask, and have you found it relatively easy?

Thanks in advance for your input!

Nancy -- Both Teresa and Theresa were part of the rescue team. I have added Theresa to the list for her great service. It is always dangerous to start thanking people -- I always leave out someone.

You are all a great group of people. One of these days, we are all going to meet -- I am certain.

Barabara -- Thank you very much for your kind comments. I truly enjoy working on this blog. I had a little bit of computer experience before I started blogging. But the templates provided by the online services are incredibly easy to use. Over time, I have learned a few new things. But fellow bloggers are a great source. I intend to post a piece later this week about a new page element. I am curious how others intend to use it. My advice, though, is to simply jump in and do it. It is easy, fun -- and addicting.

Steve, I don't feel like I was very helpful, more an after the fact information giver. It's always amazing to me when people come to Mexico to teach English and manage to survive doing it. To me it takes courage,ingenuity and maybe a little bit of naivety. It sounds like Guayamas will be a better fit than DF, but we will just have to wait and see what develops.
regards,
Theresa