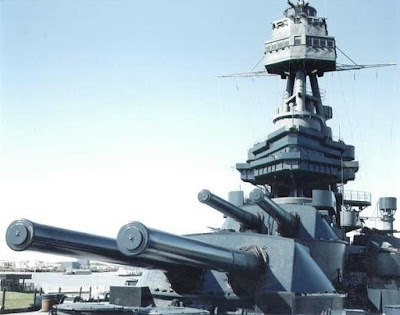 To say that the United States and Mexico have had a rocky history is to say that George and Martha in "Who's Afraid of Virginia Woolf?" had a competitive marriage.


When it was part of the Spanish Empire, Mexican interests ran up against British colonial interests. As new nations, the expansion of Mexico and the United States was bound to cause problems. And it did. A series of border skirmishes and full-blown invasions left a trail of hurt feelings and pummeled national pride on both sides of the border. Especially, since the American side of the border went much further south.


And the hurt is aggravated now and then. A perfect example is the nearly hysterical (and I mean that in its mental hygiene sense, not as an adjective alternative to humorous) reaction to the recent Absolut advertisement in Mexican publications. Absolut is famous for running ads that are simultaneously arty and ironically humorous.


In this particular advertisement, Absolut redrew the boundaries between the United States and Mexico to reflect what Mexico would look like if it still had the boundaries it claimed in 1846. 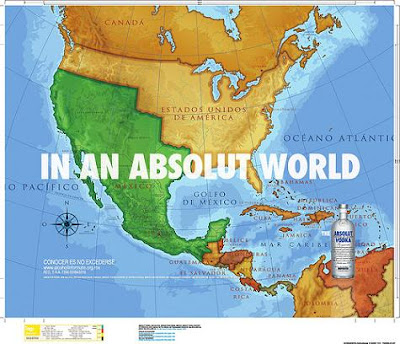 North of the border, lots of people literally went nuts. Somehow the map became an affront to American patriotism. Some people treated it as if Absolut had printed a map of Europe in red with a huge swastika emblazoned.


Anyone looking at the map can see it is an historical fantasy. Without victory over Mexico in the 1840s, the Pacific Northwest would most likely have remained a British province, and there would probably have been a border along the Mason-Dixon line between the rump United States and the disintegrating Confederate States.


I find it even more bizarre that Venezuelans were not upset at having their country used as a vodka coaster. I guess ironic humor can only stir up a limited number of moral indignations.


But I just read a piece in the current issue of The Economist that may heal one of those wounds -- especially between border Texans and Mexicans.


I have discussed some options of how to resolve the problems of illegal drugs -- especially the portion that has led to the shooting War on Drugs south of the border. Congress has stirred up some Mexican hurt feelings and national pride by proposing limitations on hardware and training to prosecute its war against the drug cartels. The restrictions seemed minimal, but the message was clear: Congress did not trust the Mexican government to use the money without abusing human rights. After both sides climbed down from their moral horses, they were able to agree to an acceptable compromise.

But Mexico has another proposal. It is very concerned that guns sold in Texas are seeping across the border to arm the drug lords. And Mexico wants Washington to do something about it.


I have often wondered what type of issue could convince conservative Texans that legalization of drugs may be one way to resolve a portion of the war on drugs. Even though they have a certain western libertarian streak, most Texans are not natural candidates for supporting drug legalization.


However, if the choice is between restricted Second Amendment rights and legalized drugs, I am willing to put some money on how that wager may come out.

I wondered how the Absolut ad might be incorporated into a blog. Your use of it to demonstrate what might have been in Mexican-American history is a great use of that startling image.

One of my son's classmates (16 year old) just died last week from a drug overdose. The drugs he overdosed from were perscription drugs. It was not an intentional suicide, but a young kid "experimenting." I don't know how he obtained them.
I think my point is that no matter how much gun control there is out there, drugs will exist. People will die and someone will be blamed. Usually the USA!!

There was a lot of controversy about that ad a couple of months ago:
http://www.vivaveracruz.com/blog/?p=673

A picture in time can often be misleading ;-)

I need to know if "dis-integrating" Confederate States was intentional or not. I am still rolling on the floor.

John W -- Everybody likes to play "what if" now and then. I wonder why no one rose to defend Hugo Chavez's honor? But to ask some questions is to answer them.

Islaholic Trixie -- I am with you on your point. We can build legal structure after legal structure and not change many of life's tragedies. I am extremely sorry to hear that your son had to go through the loss of a companion at such a young age.

Juan -- I had forgotten about that thread. I enjoyed it the first time, and enjoyed it even more the second time around. It is summer, after all, and the reruns are easy.

Horst -- It certainly is intentional now.